Imagine if in the first 10 seconds of meeting anyone – they instantly liked you. This would definitely give you the upper hand in selling your business and building trust with your clients. But too many people fail at communicating correctly…

My friends always come to me asking what freelance service they can offer. They usually stop in the early stages because they’re looking for quick returns with little effort. This usually happens when you freelance in fields you don’t enjoy. So, whatever service you can offer, ensure you enjoy it and always remember that this could turn out… END_OF_DOCUMENT_TOKEN_TO_BE_REPLACED

So, you’re a new investor and you’ve read just about everything about mistakes you could possibly make. You’re set to consider what investments out there are right for you, but first some wise words of warning….

If you have accumulated a lot of debt, it means that you don’t see debt as financially dangerous. You have made decisions that put you into debt. Decisions you didn’t have to make. Again, you may want to argue with me on this point. Don’t waste your time. This is not about my financial situation.… END_OF_DOCUMENT_TOKEN_TO_BE_REPLACED

Samurai were Japanese warriors, admired for their skills and their distinct influence on Japanese culture. Being a samurai was an honour. They enjoyed privileges that ordinary citizens didn’t get. Samurai owned customised swords and were the only ones allowed to ride horses. But they didn’t just do as they pleased, they reported to a master.

Brighten up your inbox 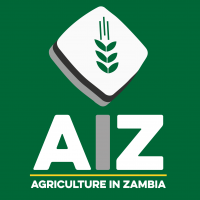 Agriculture in Zambia – Join our family

We use cookies to ensure that we give you the best experience on our website. If you continue to use this site we will assume that you are happy with it.OkRead more